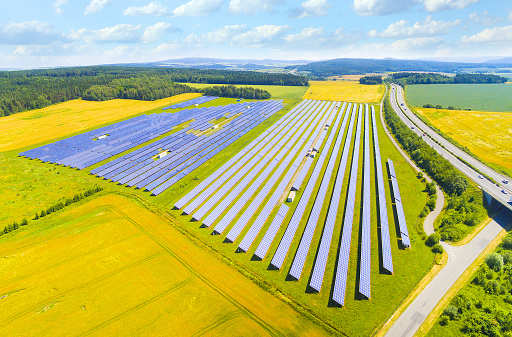 New Delhi: Any cap on solar power tariffs imposed in future auctions could dampen free-market sentiment, negatively impact the viability of projects and prove to be an Achilles heel for the government’s plan to achieve the solar power capacity target of 100 Gigawatt (GW) by 2022.

“According to market sources, Ministry of New and Renewable Energy is contemplating capping the tariff on solar power generated using imported cells and modules at Rs 2.68 per kWh, which includes the safeguard duty amount of Rs 0.30-0.35 per kWh. This tariff is lower than what bidders have quoted in the recent past,” said Ankur Agarwal, Senior Analyst-Global Infrastructure Ratings at India Ratings.

He added that if the ministry decides to go ahead with this capping, it may lead to non-participation by a significant number of potential bidders in future auctions which may negatively affect MNRE’s yearly 30 Gigawatt capacity addition plan until 2020.

The domestic solar power industry is already grappling with confusion over applicable safeguard duty, increased project cost due to the depreciating Indian Rupee against the US Dollar and a lower margin of safety due to highly competitive tariffs, experts say.

Auctions for around 3.9 GW capacity have been scrapped in the initial five months of the current financial year as compared to around 11.86 GW of fresh capacity auctioned during this period. “The major reason behind the scrapping of these bids may be higher quoted tariffs compared with minimum tariffs quoted in past auctions. The weighted average tariff, as per capacity allocated, quoted by winning bidders during 5MFY19 stood at Rs 2.74 per kWh. Perceiving a high counterparty-related risk, parties had bid higher tariffs in auctions held by states,” Agarwal said.

With the applicability of a 25 per cent safeguard duty, tariffs could further increase by 30-35 paise per unit. India Ratings said in a note the progress on auctions is already lagging due to frequent policy changes on the levy of safeguard duty. Any move to cap tariffs will only worsen the progress of future auctions.

The agency also said that some solar power plants are already delaying the import of modules until there is clarity on safeguard duty, as it may pose risks to them, including the levy of liquidated damages and the reduction in project tariff due to delayed project execution.

According to India Ratings’ calculations, at a tariff of Rs 2.68 per kWh, a solar project’s internal rate of return will be above 10 per cent only when its Plant Load Factor is above 27 per cent, a level of PLF not seen for solar projects so far.