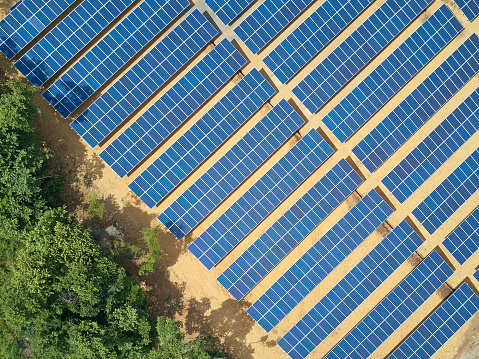 Bengaluru: The Centre has introduced a financial incentive for states and tweaked its policy to address two major issues plaguing solar park developers — shortage of land and lack of transmission facility.

States will earn Rs 0.02 for every unit of power produced at the solar parks, irrespective of where it is supplied, according to a letter to the principal secretaries of all states from the ministry of new and renewable energy. The letter is also addressed to the managing director of the Solar Energy Corporation of India (SECI) and solar park developers.

This is expected to ease the problem of acquiring revenue or private land for projects auctioned by SECI, the ministry’s nodal agency for conducting wind and solar auctions.

The amendment to the policy is significant especially for Gujarat where the developers are in a fix. Gujarat is highly favoured for producing renewable energy because of its geographical location. The state has been going slow on leasing land to projects auctioned by central agencies but continuing to allocate land for projects auctioned by its own agency.

The fiscal incentive of Rs 0.02 per unit will have to be borne by the developer, according to the letter, but the company will be allowed to add it to the tariff while bidding at auctions.

Connectivity hurdles have lately delayed commissioning green power projects. The ministry said that the onus of external transmission from solar parks will be on SECI and the cost of transmission facilities will be drawn from the Central Financial Assistance it provides for setting up the parks.

“Internal infrastructure of the renewable energy park like internal power evacuation system, road, water, levelling of land, fencing, telecommunication and other facilities would be done by the developer at its own cost,” said the letter.

SECI also plans to set up a payment security fund (PSF), a risk mitigation mechanism, to ensure regular payment of dues even if discoms drawing power delay payments citing funds crunch. “The PSF would be built up over time by SECI by levying a charge of Rs 0.02 per unit from the developers setting up projects in these parks,” said the letter.

An official from the ministry tried to allay fears that the additional charges levied on the developers could raise tariffs. “There will be assurance to the developers that there is land and connectivity. This can only have a positive impact on the tariff. Lower the risk, lower the tariff,” he said on condition of anonymity.