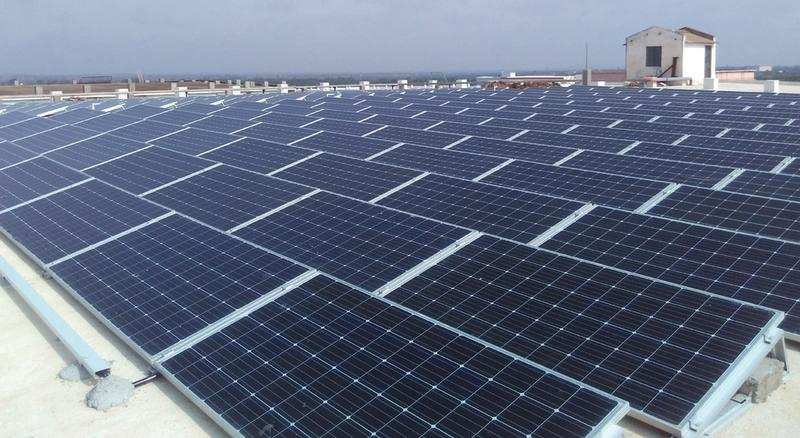 Ahmedabad: Gujarat government’s ambitious plans to roll out a state-wide scheme where farmers can generate electricity using solar and sell surplus power to the electric grid, is facing challenges. The government has decided to scale down the pilot project of Suryashakti Kishan Yojana (SKY), which was announced in June last year. Under the scheme, farmers, besides producing electricity for farm and irrigation purposes, can also sell surplus power to the state-owned power companies at Rs 7 perunit for a period of seven years.

The government had announced to launch the pilot project with the aim to cover 12,400 farmers in 33 districts by setting up 137 feeders. However, the plan has been scaled down and the pilot is being implemented in 50 feeders covering less than 2,000 farmers, said a state government official.

Under the scheme, a farmer spends 5% of total expenditure for installing the solar power project which includes solar panels and inverters. Central and state governments are to pay 30 % each as subsidy. Remaining 35% will be in the form of interest-free loans to farmers.

Extra power given to the grid will be purchased at a rate of Rs 7 per unit. Of this, half will be paid by Electricity Distribution Company and half per unit (maximum limit of 1,000 units every year) by state government as a subsidy.

“It looks difficult to implement SKY in its present form. The government plans to upgrade the scheme and may replicate an ongoing scheme implemented by Maharashtra,” the official said.

One of the challenges faced by the government is to convince farmers to give up cheap subsidized electricity to enrol for SKY. Currently, a farmer gets subsidized power for 50 paise per unit.

While Gujarat has about 300 sunny days a year with high solar radiation that are ideal for solar power generation, things don’t look very bright when it’s cloudy and farmers have to purchase electricity at market rates which comes to about Rs.3.50 per unit.

“There is however a catch here. If a farmer avails the 30% loan amount subsidy from state government, he will get only Rs.3.5 per unit of the solar power sold and not Rs.7 per. In order to sell power at Rs.7 per unit a farmer will have to let go of the state government subsidy,” said another official in the know of the development.

The state government has found that it is difficult for a farmer to make extra income under the present scheme.

Currently the average feeder losses in agricultural pumps is about 25-30% in the state. In case of SKY scheme, such losses have been benchmarked at 5%, which experts say, is unrealistically low.

Gujarat government is looking to modify the SKY scheme by replicating the Mukhyamantri Saur Krushi Pump Yojana rolled out by Maharashtra government earlier this year. Under the high voltage distribution scheme, farmers can install their solar panels adjacent to a huge land parcel earmarked by the government which is close to a sub-station, reducing the feeder loss.