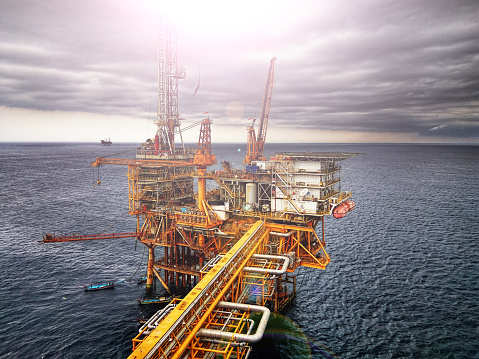 Crude stumbles to worst May in seven years

Futures tumbled 5.5 per cent in New York on Friday to a depth not seen in more than three months. Equities also plunged as investors deserted risky asset classes for the safety of gold and US Treasuries. President Donald Trump’s threat to punish Mexico with tariffs because of illegal immigration darkened already-parlous global trade prospects.

Oil surged more than 40 per cent to start the year on the strength of OPEC output cuts and crises in Venezuela, Iran and other suppliers. But since peaking in late April, prices have fallen off more than 19 per cent as the US-China trade dispute intensified. A jump in US gasoline stockpiles disclosed in a government report this week added to angst about slackening demand.

“People are trading to the market and that’s dragging down oil,” said Jay Hatfield, whose energyfocused Infrastructure Capital Advisors LLC oversees about $750 million. “People have fears that global GDP is going to be reduced.”

West Texas Intermediate crude for July closed down $3.09 to $53.50 a barrel on the New York Mercantile Exchange. For the month, the futures were off 16 per cent, for the worst May since 2012.

Brent for July settlement retreated $2.38 to $64.49 on London’s ICE Futures Europe exchange. The global benchmark crude was trading at a premium of $10.99 a barrel to WTI, the widest in almost a year.

A key Chinese manufacturing gauge for May dropped more than forecast. The world’s second-largest economy is mobilizing its state-run energy industry to prepare for a long struggle with the US, and also has readied a plan to restrict exports of rare earths, according to people familiar with the matter.

For more, listen to Bloomberg’s mini-podcast on global commodities markets.

“Given oil markets are tethered to the hip of risk markets currently, this is bad news for oil bulls,” said Stephen Innes, head of trading at SPI Asset Management.

Infracap’s Hatfield said crude’s slump is an overreaction. The American economy remains strong, with summer driving season about to kick up fuel demand, while OPEC stands ready to support prices with continued output cuts, he said. Fuel consumption in the US has also been artificially depressed in recent weeks by heavy rains and flooding, he said. “People tend to overreact on both sides,” Hatfield said. “We don’t see this move down to the mid-$50s as sustainable.”