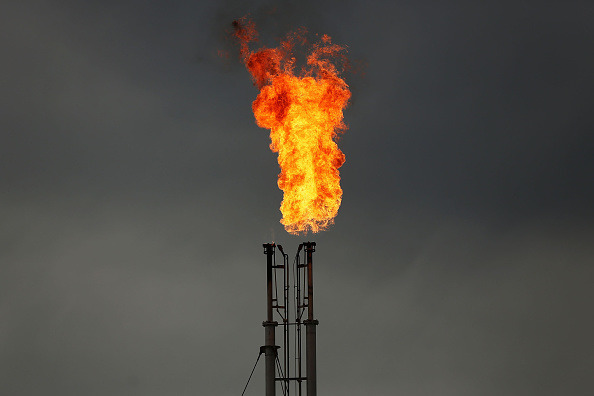 Gas price hike to jack up power cost by 3 per cent- CNG, PNG to get costlier

“From the consumers’ perspective, the increase in domestic gas prices is negative. The upward revision in the domestic gas price would increase the cost of domestic gas-based power generation by about 3%,” the ratings agency said in a statement. “As regards the impact on the city gas distribution (CGD) sector, the CGD players could increase CNG price and PNG (domestic) prices by Rs 0.50-0.55 per Kg and Rs 0.35-0.40 per scm respectively,” said Prashant Vasisht, Vice President and Co-Head, Corporate Ratings at ICRA.

The oil ministry had on Wednesday increased the domestic natural gas price for six months starting April 2018 to $3.06 per million British thermal units (MMBTU), the highest in two years and a 6 per cent increase over $2.89 per MMBTU on Gross Calorific Value (GCV) basis during October- March 2017 based on the New Domestic Natural Gas Pricing Guidelines, 2014.

The formula pegs the price to the weighted average of four global benchmarks including US-based Henry Hub, Canada-based Alberta gas, UK-based NBP and Russian gas prices registered in the past one year with one quarter lag.

ICRA also said that the hike may have come as a relief for upstream gas producers but the new notified price for gas is still not lucrative enough for upstream companies to take up natural gas development activities.

“The gas price for H1 FY2019, though higher than H2 FY2018, continues to remain low at an absolute level. Accordingly, gas production remains either a break even or a loss-making proposition for most fields for the upstream producers notwithstanding some decline in oil field services or equipment cost,” ICRA’s Senior Vice-President K Ravichandran said. “Additionally, the appreciation of Indian Rupee against the Dollar in FY2018 also dampens the realisations of the gas producers,” he added.

Another expert, Deepak Mahurkar, Partner and Leader, Oil & Gas Industry Practice at consultancy firm PwC said the break-even price for gas producers varies from field to field. "The revision will increase the profitability of some fields but it is still lower than the price as suggested by the companies in their Field Development Plans to initiate production in Eastern Offshore region," he explained in response to a query on whether the increase in natural gas prices will provide substantial relief to oil and gas companies said.

The oil ministry also raised the gas price ceiling for output from deepwater, Ultra deepwater and High Pressure-High Temperature areas to $6.78 per MMBTU, an increase of 7.6 per cent over $6.30 per MMBTU during October-March 2017. While the prices from deep-water and difficult areas has been increased, the prices are still not lucrative enough to stimulate healthy development activities in the segment, Ravichandran said.

He added that the absence of a floor and sustained low prices, as has been seen in the past few years post implementation of the modified Rangarajan formula, make exploration and production unviable even for benign geologies and would act as a deterrent in achieving a higher share of gas in the energy consumption of the country targeted by the government. “The issue of such low prices for a sustained period would have to be addressed on a priority basis in order to incentivise domestic production and balance the interest of upstream producers with consumers,” Ravichandran said.

ICRA also said the hike in domestic gas prices will be neutral for the fertiliser industry.