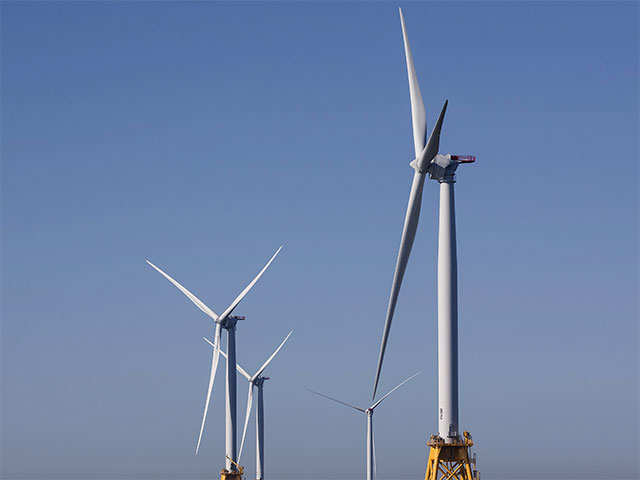 New Delhi: In a bid to fast-track wind energy projects, the Centre has made certain amendments to the bidding guidelines for such projects, according to an official statement. The amendments have been made based on the experience of bidding and consultation with various stakeholders, the Ministry of New and Renewable Energy said in a statement on Wednesday.

The development assumes significance as the government has set an ambitious target of having 175 GW of clean energy capacity by 2022, including 100 GW solar and 60 GW of wind energy.

As per the statement, now the timeline for land acquisition for wind power projects has been extended from seven months to scheduled commissioning date i.e. 18 months.

"Also the window for revision of declared CUF (capital utilisation factor) of wind power project has been increased to three years. The declared CUF is now allowed to revise once within three year of commercial operation date, which was earlier allowed within one year only," it said.

The ministry also said that in cases of early part commissioning, the procurer may purchase the generation, at full PPA tariff.

"Commissioning schedule of wind power project has been defined as 18 months from the date of execution of the PPA or PSA, whichever is later. The amendments intended not only to reduce the investment risks related to the land acquisition and CUF but also to provide incentives for early part commissioning of project. The risk of wind power developers in case of delay in signing of PSA has been mitigated by starting time-line of execution of project from date of signing of PPA or PSA, whichever is later," the statement said.

While Power and New and Renewable Minister R K Singh is positive on achieving 175 GW renewable energy target, several recent reports have cautioned that India is unlikely to meet the capacity targets for wind and solar power.