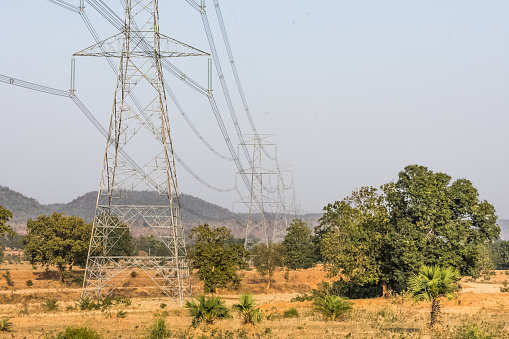 The move is seen as an attempt by the BJP government to woo farmers ahead of the next year's Assembly and Lok Sabha polls.

Assembly polls in Haryana are due to be held in October 2019. Polls to Lok Sabha are scheduled in May next year.

About the reforms in the Power Department during the last four years, Khattar told reporters that a target has also been set to issue 50,000 new solar energy connections in the state. Tenders have been floated for 15,000 connections already, he added.

The use of solar energy in tube wells reduces power consumption by 30 per cent, the chief minister said.

He said 468 agricultural tube wells falling under the 'Vayama Feeder' of Karnal block and the 'Saspur Feeder' of Yamunanagar block would be run on solar energy at an estimated cost of about Rs 25 crore.

Khattar also announced that 10 lakh smart electricity meters will be installed by the Discoms in the state.

Under the first phase, such meters would be started in Karnal and Gurgoan districts. The work of installing 10,000 such meters has already started in Panipat, he said.

The chief minister said under the Integrated Power Development Scheme of the Union government, Rs 390.59 crore has been sanctioned for improving power system of 47 towns of the state.

Under the scheme, new 33 KV sub-stations, 11 KV feeders, distribution transformers and capacity of existing transformers would be augmented, he said.

Khattar said all the four power companies of the state have not only emerged from the losses but have also earned profit for the first time since the inception of Haryana.

He said the power tariff has been reduced to almost half due to which there has been considerable reduction in electricity bills of domestic consumers.

The chief minister said the state government has launched a scheme for settlement of arrears of electricity bills of defaulting domestic consumers both in rural and urban areas.

A target has been set to further reduce it to 15 per cent by next year, he added.

Khattar said there were a total 54,08,722 electricity connections in the state in 2014, and the present government has issued 10,87,835 new connections during the last four years, of which 4,48,588 connections were given to un-electrified households in the rural area.