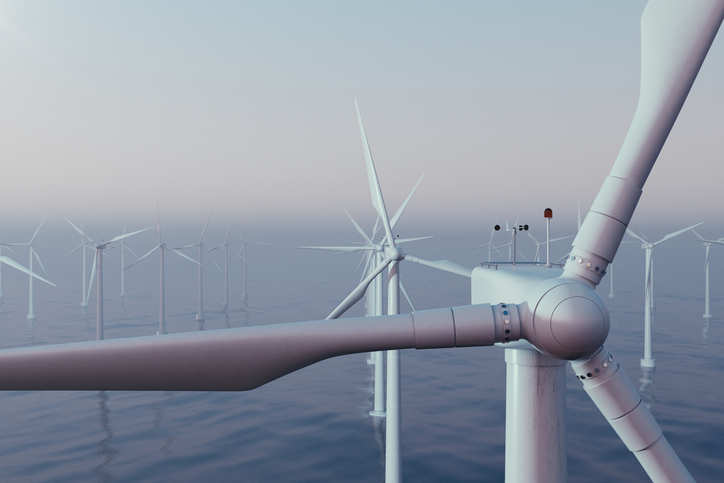 New Delhi: The Ministry of New and Renewable Energy (MNRE) today announced medium and long-term offshore wind energy target of 5GW by 2022 and 30 GW by 2030, respectively, to provide confidence to the industry.

The MNRE recently invited Expressions of Interest (EoI) for the first 1 GW offshore wind project in India, which has evoked keen response from the industry, both global and Indian, the ministry said in a statement.

In order to give confidence to the wind industry, the ministry has declared a medium and long-term target for off-shore wind power capacity additions, which are 5 GW by 2022 and 30 GW by 2030, the statement said.

While this may look moderate in comparison to India's on-shore wind target of 60 GW and its achievement of 34 GW, and solar target of 100 GW by 2022, this would still be challenging considering the difficulties in installing large wind power turbines in open seas, it added.

It may be mentioned that offshore wind turbines are of much larger dimensions and capacities than onshore turbines. The offshore wind power will add a new element to the already existing basket of renewable energy for the country.

The MNRE had notified National Off-Shore Wind Policy in October 2015 to realise the offshore wind power potential in the country. Preliminary studies have indicated good wind potential for off-shore wind power both in the southern tip of Indian peninsula and west coast.

Two regions where preliminary studies have been conducted are off the coast of Gujarat and that of Tamil Nadu. For precise wind quality measurements, one LiDAR has been installed near Gujarat coast, which is generating data about the quality of off-shore wind since November, 2017.

Encouraged by the quality of off-shore wind, a private sector player has also installed LiDAR in Gulf of Kutch in Gujarat for offshore wind resource measurements. Plans are afoot to install more of such equipment in Tamil Nadu and Gujarat. Surveys to understand the oceanographic and seabed condition within identified zones off the coast of Gujarat and Tamil Nadu have been planned.

Globally there has been installation of about 17 to 18 GW of off-shore wind power led by countries such as UK, Germany, Denmark, Netherlands & China. Recent years have witnessed fall in off-shore wind tariff in some of these markets, the statement said.