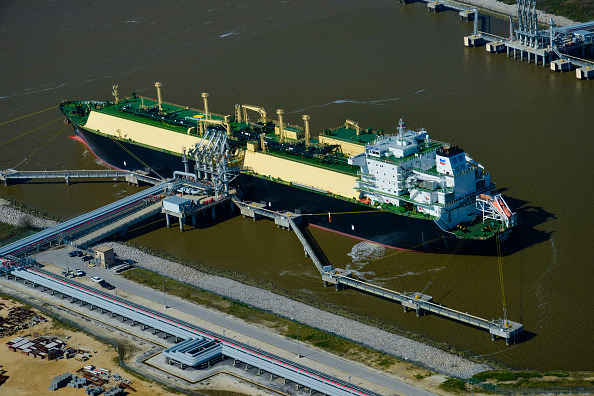 Nusa Dua, Indonesia: India's push to more than double the share natural gas has in its energy mix to 15 percent by 2022 will require a huge increase in imports and the construction of more LNG terminals, a government official said on Wednesday.

India has four terminals to receive liquefied natural gas(LNG) and imports around 20 million tonnes of the super-chilled fuel a year. But over the next seven year the government plans to build another 11 terminals, said Narendra Taneja, spokesman for the ruling Bharatiya Janata Party (BJP).

That would raise India's LNG import capacity to more than 70 million tonnes per year in the coming seven years, in what would be one of the fastest gas import expansions since China embarked on its huge gasification programme last year.

India would eventually require even more than 15 terminals to meet its demand, Taneja said, speaking at an industry conference in Bali, Indonesia.

"India is looking at LNG in a very strategic manner. Once we get into it, we are talking about 15 terminals but it will be many more as the need is going to be there," he said.

India has stated it plans to raise the share of natural gas in its energy mix to 15 percent by 2022 from about 6.5 percent now, he said.

The 70 million-tonnes-a-year target a few years later would mean Indian would need to import more than China took last year via both pipelines and tankers, and it would put India close to what top importer Japan currently buys.

India plans to electrify millions of households that still burn wood for light, heat and cooking. Like China, it also plans to reduce its heavy reliance on thermal coal, a bigger polluter than gas.

Taneja said the gas would also be needed to provide power to electric vehicles, which India plans to account for all new car sales by 2030.

India is also pushing for more scooters and motorcycles to run on compressed natural gas (CNG), with pilot schemes recently launched in major cities including New Delhi and Mumbai.

Beyond LNG, India is looking to access untapped domestic gas reserves off its east coast.

As part of its drive to reduce pollution by increasing natural gas use, Taneja said the government was encouraging Indian railway companies and LNG importers to look at fuelling trains by LNG instead of diesel.

India also wants to become a hub for supplying ships that run on LNG, with plans to build more facilities like a fuelling station at Kochi port, Taneja said.

LNG as a shipping fuel is being pushed by International Maritime Organization (IMO) rules that come into effect by 2020 and require the use of cleaner fuels.