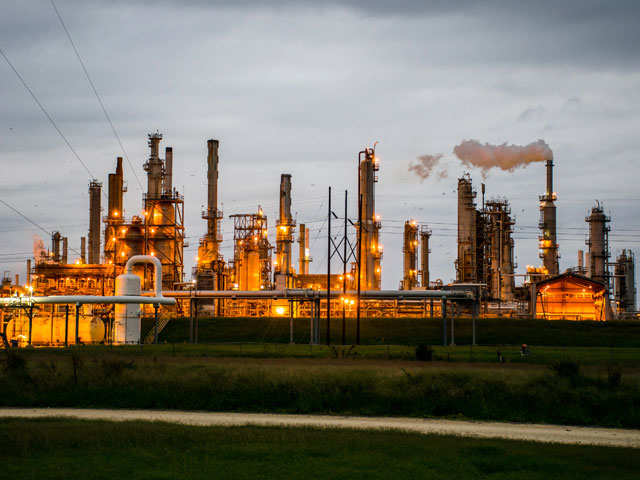 NEW DELHI: An armed contingent of over 100 CISF commandos has taken over counter-terror security duties at the country's second largest single-site oil refinery in Gujarat's coastal district of Jamnagar.

This is the tenth installation in the private sector of the country to get an armed cover of the Central Industrial Security Force (CISF), a paramilitary under the Union home ministry.

"The location of the refinery is strategic considering the high value of an investment in the region and proximity to the busiest sea route.

"In the light of the threat perception, security of the installation is of utmost importance as this vital installation is contributing to the national economy," CISF spokesperson and Assistant Inspector General Hemendra Singh said.

A squad of over 100 armed commandos, led by an Assistant Commandant-rank officer of the force, has taken over the charge of security on Tuesday, he said.

Nayara Energy Limited, the CISF said, is a private oil company based in Mumbai that encompasses refining, marketing, production and a network of over 5,000 retail fuel outlets in India.

The group, on its website said, its facility in Vadinagar in Jamnagar is the second largest single-site refinery of the country.

The largest such refinery of Reliance in Jamnagar is also guarded by the CISF.

The facility is strategically located on the west coast of India, providing proximity to Middle East and Africa and also facilitate access to high consumption domestic as well as export market, the business group stated in its profile.

CISF commandos will provide round-the-clock security in a quick response team (QRT) pattern as part of which they keep vigil from vantage positions using sophisticated assault weapons and use vehicles for swift movement.

Regular entry and exit in the facility will be executed by private guards under the overall supervision of CISF personnel and the force will ensure any terror threat is kept at bay and thwarted, a senior official said.

The 'client' or the contracting company pays for such a CISF security cover, he added.

Officials said this is the tenth private sector deployment of the CISF in the country.

The force was tasked to extend its armed security cover, exclusively from the existing government sector deployment to private installations after the 2008 Mumbai terror attacks in which Pakistan-based terrorists targeted five-star hotels and other locations killing over 166 people.

The other nine private sector units being guarded by the CISF are: Electronics City in Bengaluru and Infosys campuses in Bengaluru, Mysore and Pune, Reliance Refineryand Petrochemicals in Jamnagar, Coastal Gujarat Power Ltd project executed by the Tata group in Mundra, Tata Steel project based in Odisha's Kalinganagar, Yoga exponent Baba Ramdev's Patanjali Food and Herbal Park Private Limited in Haridwar and the Navi Mumbai-based Reliance Corporate IT Park.