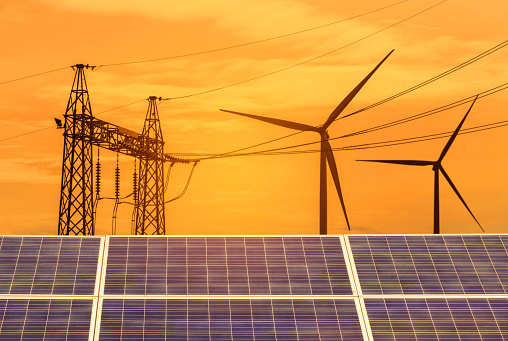 By Sudarshan Varadhan and Nidhi Verma

NEW DELHI: India will launch $5 billion of transmission-line tenders in phases, beginning in June, to route a targeted 175 gigawatts (GW) of power from renewable sources into the country's grid by 2022, the secretary at the ministry of renewable energy said.

India, the world's third-largest emitter of greenhouse gases, has pledged to cut emissions and have clean energy account for at least 40 percent of its installed capacity by 2030, up from 21.4 percent now, while looking to manage its energy appetite as its population becomes more prosperous.

The renewable energy targets would require investment in feeder lines and infrastructure upgrades.

India has awarded tenders for 12 GW of transmission lines since December, while bids for a further 16 GW will be launched by the end of June. Another 38 GW will be bid out before March 2020, he said.

Building transmission lines for 66 GW worth projects would need an estimated investment of 430 billion rupees, the secretary for renewables, Anand Kumar, said.

India, which receives twice as much sunshine as European countries, wants to make solar central to its renewable expansion as part of the fight against climate change.

Prime Minister Narendra Modi's government has set a goal to raise solar power generation to 100 GW and wind to 60 GW by 2022. The other 15 GW would come from biomass and hydropower.

Research analysts have been sceptical about India meeting its ambitious targets.

Consultancy firm WoodMac and research firm CRISIL have said India would not meet its renewable energy target due to policy issues, including cancellations of auctions of tenders, rights to land use and tariffs.

India has cancelled tenders for renewable energy projects with a capacity of at least 5 GW, saying the bid prices were too high. Solar and wind energy developers have also complained about the difficulty of leasing land and duties on solar equipment imports.

But Kumar says the government must be careful not to buy power at any cost.

"The mandate of the government is that we should buy power at a competitive price which is affordable," he said.

The government is determined to overcome roadblocks, and is in talks with states to ensure easy land availability. It has asked distribution companies to borrow from the government-run Indian Renewable Energy Development Agency to ensure timely payments to power producers.

"Earlier tariffs were about 6.17 rupees per unit and now we are getting bids as low as 2.44 rupees a unit," Kumar said, adding that India was ahead of its internal target to award 135 GW of renewable energy projects by March 2019.

"Projects of 103 GW have been installed or are under implementation, and over 37 GW are under various stages of bidding," he said, adding that bidding for the targeted renewable energy addition would be completed by March 2020.

A renewable energy project typically takes two years to build. Kumar expressed confidence that bidding for the remaining projects would be finished by March 2020 and help India meet its 2022 target.

A shift to renewables could mean lower use of coal and diesel-fuelled power.

None of India's private power producers plans to invest in new coal-fired power plants in at least the next five years, two industry sources told Reuters. Almost all of India's new capacity addition is expected to come from renewable energy.

Thermal power plants currently account for about three-quarters of overall generation and about two-thirds of its installed capacity.