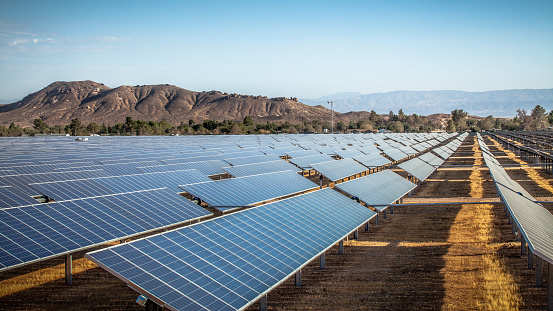 New Delhi: India is all set to comfortably achieve 100 GW of solar energy capacity by 2022 and has already installed solar capacity of 23.12 GW till July this year, Parliament was informed today.

The data regarding generation of power from various renewable energy projects is consolidated by the Central Electricity Authority (CEA).

"The Ministry of New and Renewable Energy (MNRE) has planned a detailed trajectory so as to meet the target of 100 GW by 2022. A capacity of 23.12 GW was already installed up to July 2018. Projects of around 10 GW are under implementation and tenders for additional 24.4 GW have been issued," Power and New and Renewable Energy Minister R K Singh said in a written reply to the Rajya Sabha.

"The country is on track to comfortably achieve the target of 100 GW of solar capacity by 2022," he added.

The minister said solar power projects require around 4 to 5 acres of land per MW and the MNRE monitors the development of upcoming and commissioned renewable energy projects with implementing agencies like Solar Energy Corporation of India (SECI), National Thermal Power Corporation (NTPC), state nodal agencies and state governments/UT administrations through regular meetings, video-conferences and on the site visits.

Karnataka topped the installed solar energy capacity chart at 5.16 GW followed by Telangana at 3.4GW and Andhra Pradesh at 2.56 GW as on July 31, 2017, the minister noted.

In another reply to the House, the minister said the National Institute of Solar Energy (NISE) has assessed the solar power potential of the country at 748 GW.