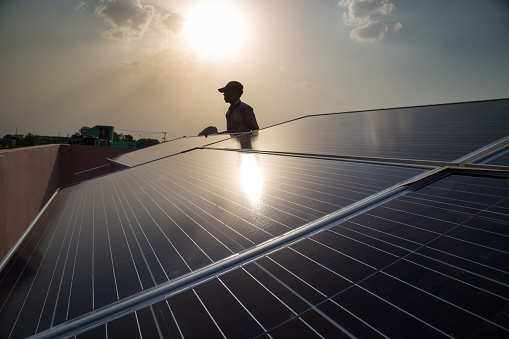 NEW DELHI: The Ministry of New and Renewable Energy (MNRE) has been asked to explore with its Chinese counterpart the possibility of China joining the International Solar Alliance (ISA), a move that could be instrumental in improving the access to solar energy among other member-nations.

This comes after Prime Minister Narendra Modi asked Chinese President Xi Jinping for China’s participation in ISA at the recent BRICS summit in Johannesburg, given the latter is the leading solar energy player in the world. ISA is a treaty-based organisation meant to promote development of solar energy in countries between the Tropic of Cancer and Tropic of Capricorn.

“PM has extended the membership to China since ISA will benefit from the latter’s participation,” the Ministry of External Affairs said in a recent letter to MNRE. Meanwhile, the Chinese president was also forthcoming to the proposal, said the letter documenting the exchange between the two leaders.

ISA interim director general Upendra Tripathy agreed that China joining the inter-governmental organisation would be a big positive for the 121member-nations.

“It will collectively benefit the ISA member-nations. Other members of the ISA family will get better opportunity to interact with China, and even China will be able to understand the market better. In future, even if manufacturing becomes more decentralised, China will continue to play an important role,” Tripathy said. China leading in terms of solar PV generation globally, the country’s participation will also provide other member-countries access to better technology and financing options, Tripathy added.

ISA has, at present, 121 member-countries between the tropics. As the ISA membership is being thrown open to the countries beyond the Tropics — it is one of the main agenda of ISA’s first general assembly scheduled in October — the Indian government has taken on a “priority” basis the task of having China on board.

“China is eligible to be a part of ISA even in the current scenario. It is, however, evident that China will want a prominent role in the alliance,” said a government official. ISA was jointly launched by Modi and France’s then-president Francois Hollande in November 2015 on the sidelines of COP21, as a means to harness solar energy in the member-nations.