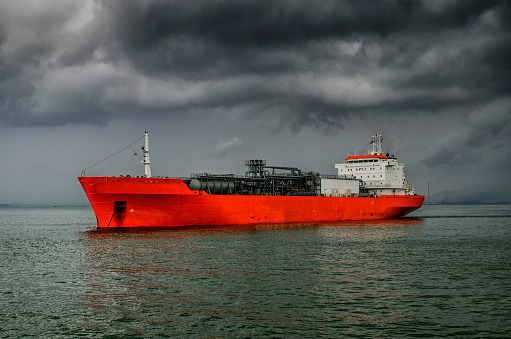 New Delhi: The steady rise in international crude oil prices besides pinching the pockets of Indian consumers may also disrupt the government’s fiscal maths with the country’s crude oil import bill expected to surge by 20 per cent to $105 billion in financial year 2018-2019, an Oil Ministry report said.

“The import bill of crude oil is estimated to increase by 20 per cent to $105 billion this fiscal from $88 billion in 2017-18, considering Indian basket crude oil price of $65/bbl and exchange rate of $/Rs = 65,” Petroleum Planning and Analysis Cell (PPAC) said in its report.

Sector analysts expect that this may lead to petroleum subsidy to fall short on the back of steady rise in crude oil prices and revised target of providing 8 crore Liquefied Petroleum Gas (LPG) connections under Pradhan Mantri Ujjwala Yojana (PMUY).

The government under Budget 2018 allocated Rs 24,933 crore as petroleum subsidy for the present financial year 2018-2019, a mere 2 per cent increase over the Revised Estimate of Rs 24,460 crore allocated last financial year.

ICRA, a rating agency and research firm in February this year also stated that the petroleum subsidy allocation of Rs 217 billion for FY 19 would materially fall short by Rs 110-120 billion .

The rating agency expects the government’s petroleum subsidy to be around Rs 330-340 billion with gross under-recoveries projected to around Rs 400 billion considering crude oil prices at $70 per barrel and with an exchange rate of Rs 65 per dollar.

The report added that upstream oil companies may have to bear the balance burden of Rs 60 billion as per the present under-recovery sharing mechanism and adds that the under-allocation for financial year 2018-2019 may lead to a marginally higher debt and interest levels for Oil Marketing Companies (OMCs).

While another rating agency CRISIL in its latest report expects crude prices to average at $70 per barrel for the calendar year 2018 and states that surging crude oil prices may lead to higher subsidy burden which may subsequently impact the profitability of Oil Marketing Companies (OMCs) due to sharing of additional under-recoveries on LPG and kerosene.

“Consequently, including under-recoveries, the EBITDA margins of OMCs are expected to decline 13-15% this fiscal. However, some inventory gain ($1-1.5 per barrel) in the coming quarters would provide a modicum of offset. Net-net, therefore, EBITDA margins are seen declining 8-10%.” Prasad Koparkar, Senior Director at CRISIL Research said.

Crude oil prices shot up 24 per cent in the first three months of 2018 and touched a 40-month high in April owning to continuous decline in global inventories driven by production cuts by Organization of Petroleum Exporting Countries (OPEC) and geo-political tensions.