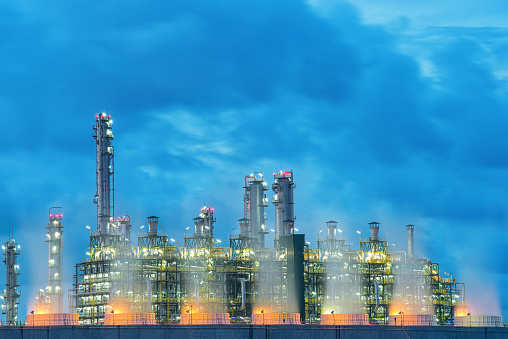 Land for Ratnagiri refinery should be available by 2019- B Ashok, Ratnagiri Refinery CEO

New Delhi: The process of acquiring land for the ambitious Ratnagiri refinery project in Maharashtra should be over by end 2019 as work on the ground for the refinery has to start by 2020, B Ashok, Chief Executive Officer (CEO) of Ratnagiri Refinery & Petrochemicals Ltd (RRPCL) told ETEnergyWorld.

“We are progressing very well as far as technological issues and partnerships are concerned. There are some issues to be sorted out as far as land is concerned, but both the centre and the state government have been very supportive,” Ashok said. “Whatever are the issues in terms of land we are quite hopeful that they will be solved in near future. We are looking at having a clear visibility in terms of land by 2019 as work on the ground needs to start by 2020. Land for the project should be available by 2019,” he added.

The proposed refinery has since its announcement faced numerous protests in Maharashtra from farmers, NGO’s as well as Shiv Sena, an ally of the Bhartiya Janata Party (BJP)-led state government. The party has been opposing the project on the grounds that it is against the interest of the farmers and would destroy ecology in Ratnagiri district in the coastal Konkan region.

Maharashtra Chief Minister Devendra Fadnavis had in November told the legislative assembly the state government has stayed the land acquisition process for the refinery project after consulting Shiv Sena. The promoters of the project had also tasked a four-member panel to win over those opposing the refinery.

The project, to come up at Babulwadi village, would be the world’s largest green-field refinery-cum-petrochemical complex when commissioned. It is expected to cost $40 billion. The refinery would require 15,000 acres of land, According to RRPCL’s official website.

The pre-feasibility study of the 60 Million Tonne Per Annum (MTPA) refinery has been completed. It will be capable of processing 1.2 million barrels of crude oil and around 18 MTPA of petrochemicals.

State-owned oil refiners -- Indian Oil Corporation, Hindustan Petroleum and Bharat Petroleum -- jointly own 50 per cent stake in the project while Saudi Aramco and Abu Dhabi National Oil Company (ADNOC) will have 25 per cent stake each in the refinery.

Saudi energy minister Khalid Al Falih had said during his recent visit to India that 50 per cent of the crude requirement of the planned refinery project will be met by Saudi Arabia and the refinery will have the flexibility to source crude from other places.

According to RRPCL’s official website the project is expected to be commissioned by 2025.