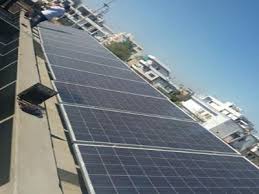 NAGPUR: State discom MSEDCL has given a big boost to solar power in state by deciding to buy 2,000 MW for next 25 years. This power will come from new solar plants. At present, it buys 850 MW against the peak demand of about 20,000 MW. When additional solar power starts flowing in the state grid MSEDCL will meet more than its 10% requirement from solar. Meanwhile, state energy minister Chandrashekhar Bawankule has announced all farm pumps would run on solar power by 2025. This would bring down cross subsidy in power tariff and also rates for all category of consumers including industrial and commercial. High industrial tariff in the state is a big disadvantage for units competing with their counterparts in other states where power rates are lower.

A source in MSEDCL said that 1,000 MW solar power would be purchased at the rate of Rs 3 per unit or less. “Even though suppliers wanted a higher cap of Rs 4 per unit, we turned down the demand. Tamil Nadu signed power purchase agreement (PPA) for solar power at Rs 3.47 per unit in September. We hope to get lower tariff due to competition,” he added.

“The interested parties will have to mention scheduled date of commissioning (SCOD) of their plants in the bid. They will have to start their plants within 13 months of this date. If the plant has a capacity of over 250 MW and is situated outside a solar park, the time limit will be 15 months,” said the source.

Minimum project capacity is 5 MW. Some bidders wanted this to be increased to 30 MW but the request was turned down.

Another 1,000 MW will be purchased through distributed generation. “MSEDCL has identified 218 talukas where solar plants can be set up. The range of capacity in each taluka is between 2 MW and 10 MW and the maximum capacity in a district should not exceed 50 MW,” the MSEDCL official said.

These plants will have to be set up in rural areas. They will be directly connected to MSEDCL distribution substations bypassing Mahatransco’s network. This will reduce transmission losses.

The minimum capacity utilization factor (CUF) for all solar plants will be 19%. The generators will have to maintain CUF in the range of 10% on either side during the 25 years of PPA. If the operator generates less than lower range of stipulated CUF, he will have to pay compensation at the rate mentioned in PPA.