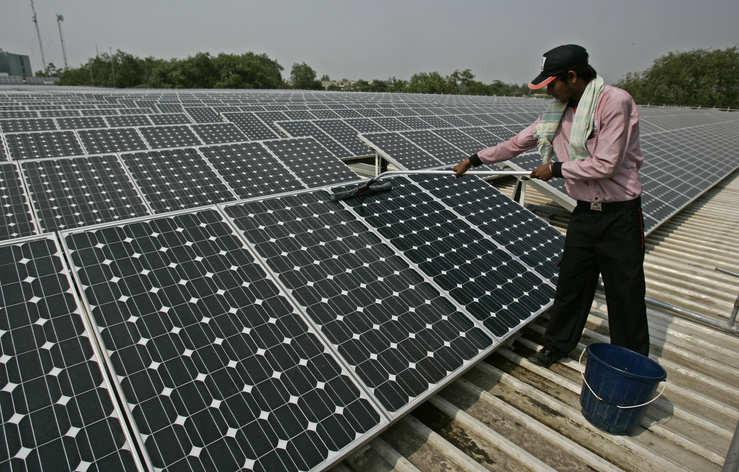 One year after safeguard duty was imposed, results have been disappointing

BENGALURU: One year after India imposed an additional import duty on solar cells and modules to stimulate local production and reduce dependence on imports, no new domestic manufacturing unit has been set up, according to a renewable energy consultancy firm.

India imposed a safeguard duty on July 2018 for two years. The duty was pegged at 25% for the first year, 20% for the next six months, and 15% for the last six-month period.

Before it was imposed, around 90% of solar panels and modules used in local solar projects were imported, mostly from China and Malaysia, as they were cheaper than locally manufactured ones.

The imposition of safeguard duty has not changed the situation. “Share of imported modules in utility-scale solar still hovers around the 90% mark, consistent with the preceding years,” said Bridge to India in a recent weekly report on the solar industry.

The report noted that local manufacturing remained in dire straits. “Most of the cell manufacturers have indeed shut down and module manufacturers are operating at low capacity utilization and/or betting on exports.”

As electricity distribution companies insist on driving down solar power tariffs and, at times, canceling solar auctions if the discovered tariff is too high, developers appear to be waiting for the duty’s two-year limit to pass rather than pay more for local solar cells and modules.

Existing units also claim they are not getting better prices. “We are not selling our modules at a better rate as a result of safeguard duty imposition,” said Amit Gupta, director of legal and corporate affairs at Vikram Solar, a large solar module manufacturer. “After one year, the situation is even worse than before because the new projects which are being allotted now have a completion period of 15 months, which means bids are taking place without taking the duty into consideration.”

Six months ago, ET reported that no new investments had been made. “The implementation period of two years is too short to attract new manufacturing investments,” Bridge To India said in its report.

Some developers are also importing from countries where the duty doesn’t apply, such as Thailand and Vietnam.