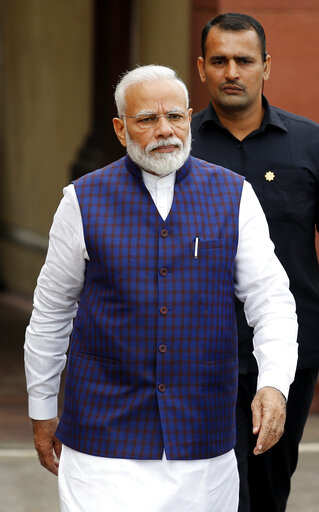 The Rs 10,141-crore project is being implemented by the state transmission utilities of Tamil Nadu, Rajasthan, Karnataka, Andhra, Maharashtra, Gujarat, Himachal and Madhya Pradesh. It includes building of transmission lines and substations with a total capacity of 19,000 MVA by March 2020 to evacuate about 20,000 MW of large-scale renewable power and improvement of the grid.

The PM reviewed the project at a recent meeting where, as per the minutes of the meeting, he said “the issues of right of way, forest clearance, etc. are hampering the project”. He directed the state governments to resolve such issues expeditiously and said that, in coordination with the new and renewable energy, they should speed up execution for early completion of the project.

The original deadline of the project was March 2020. Modi asked Gauba to work with the state governments and the ministry, and especially to immediately resolve the issue of land required for the projects within 10 days.

He observed at the meeting that solar and wind power companies were facing difficulties in starting new projects, especially in the land acquisition process. But he had a good word for the Karnataka and Andhra Pradesh governments for their progress.In a missive to all states earlier this year, the ministry had said that all the projects should be completed within the time frame approved by the Cabinet Committee on Economic Affairs — which was 2019-20.