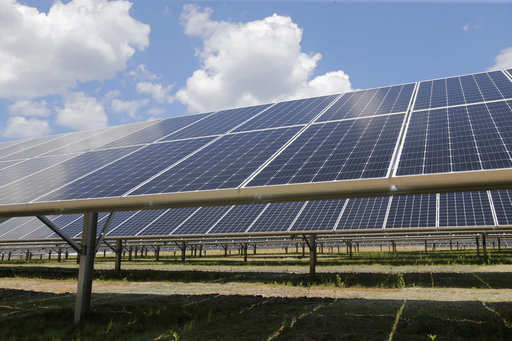 Pottery sees a ray of hope in solar energy

Bangalore: Ramon Magsaysay Award-winner Harish Hande, an expert in solar power energy, is now working towards revival of the pottery industry — using solar energy — in the villages of Kundapur. Shekar Shetty, senior manager, SELCO Foundation, told BM that there was a time where families in villages of Kundapur depended mainly on pottery for their livelihood.

“For instance, at Aloor village where we have recently launched the revival project, at least 80 families used to depend on pottery. However, over the years, the industry started dying with people migrating to cities for better job prospects. About 18 months ago, there were just four or five families of potters and one of them was Raghuram Kulal,” he said.

The team identified Raghuram, a skilled potter and trained him to use modern technology. The manual wheel that he was using was upgraded to solar-powered pottery wheel and a fuel-efficient kiln.

“We focused on improving technology. Similarly, we have trained him well. With all this, his income has risen to Rs 3,000 per day from Rs 500-Rs 1,000. We have also noticed that slowly people who left the villages are coming back and showing keen interest in pottery. Two girls, who completed their graduation, have joined him and are helping him out and two other men have shown interest in the field and are hoping to set up their own units. While, Raghuram was fully funded, for others getting into the field, SELCO Foundation will offer about 30-40 per cent funding linked through banks,” he said.

SELCO has also identified another village — Kalthodu in Byndoor — where out of 150 families involved in pottery, just one or two still continue with the profession.

“There is definitely a demand for terracotta jewellery, pots, coffee mugs, diyas, flower vase, lamp shades and so on,” he said.

Meanwhile, Raghuram has trained a delegation of 15 potters from Sirsi recently.

SELCO is aiming at retaining and strengthening pottery industry across Karnataka, with focus on coastal Karnataka initially. Now the products are being sold in local markets that will be extended to online platforms soon.