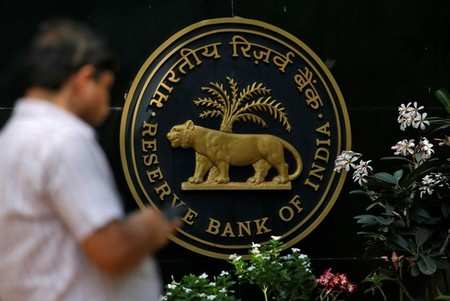 New Delhi: The Reserve Bank has turned down the Power Ministry's request to give certain concessions for setting up of an Asset Reconstruction Company (ARC) for warehousing stressed assets to prevent distress sale of these plants, a senior official said Thursday. "An upfront valuation is required for taking assets into ARC. We have sought exemption from that. The ARC is required to make 15 per cent upfront payment to lenders. We were asking for exemption from that. These type of concession are not in the scheme of RBI," Power Secretary A K Bhalla told reporters in New Delhi.

About setting up of the ARC by state-run lender Rural Electrification Corporation(REC) with other lenders to power projects, Bhalla said, "The REC and lenders together will set up this ARC."

A power sector expert said in the absence of the sought concessions from RBI, it would be a tight rope walk for the REC and other lenders to implement the proposal of setting up an ARC for the purpose.

After setting up of the ARC, the stressed assets would be taken over by it to avoid insolvency proceedings under the Insolvency and Bankruptcy Code in the National Company Law Tribunal (NCLT) for five years to avoid any distress sale of these projects.

Besides, the assets already moved to the NCLT under the code can also be resolved by the ARC. The REC had proposed to bring about 25,000 MW of stressed power projects under this ARC.

Yesterday, Power Minister R K Singh had chaired a meeting of lenders to stressed power assets to resolve the issues related to bad loans for avoiding any distress sale.

During the meeting, 'Pariwartan' scheme proposed by the REC was also discussed.

'Pariwartan' stands for power asset revival through warehousing and rehabilitation. It proposes to warehouse around 25,000 MW stressed projects under an asset management company to prevent distress sale.

Stressed power assets are a cause of concern and the government set up an empowered committee headed by the Cabinet Secretary to resolve issues related to these plants.

The first meeting of the panel was held on August 31, 2018 where RBI representative was not present. The government had invited RBI for the first meeting.

The issue of stressed assets in the power sector became more vicious after the Allahabad High Court did not give any reprieve to these plants from RBI's new framework for resolving bad loans, issued on February 12, 2018.

The RBI framework provided for strict timeline for resolution of these bad loans where debt is Rs 2,000 crore or more. It mandates insolvency proceedings to start in case no resolution plan is provided by lenders within 180 days of default.

Setting up an ARC is a legal option available to avoid insolvency proceedings for these stressed power assets.