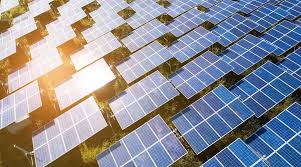 BENGALURU: Developers who won solar projects just before safeguard duty on solar panels and modules was imposed on July 30 last year have been greatly relieved by an order passed by Maharashtra’s power regulator on Friday, maintaining that such duty amounted to a “change of law” and that developers should be adequately compensated for it.

Tata Power, Acme Solar and Adani Green Energy won 150 MW, 250 MW and 200 MW respectively in a 1000 MW solar auction conducted by Maharashtra’s main discom, Maharashtra State Electricity Distribution Co Ltd (MSEDCL) in May last year, the first two quoting a tariff of Rs 2.72 per unit, while Adani Green Energy sought Rs 2.71 per unit. All three had filed separate petitions before the Maharashtra Electricity Regulatory Commission (MERC), after the safeguard duty order came into effect, seeking it acknowledge that the imposition of safeguard duty was indeed a change of law, and fix the compensation they should receive. They noted that most of the panels and modules used in solar projects are imported and hence the safeguard duty would significantly raise their input costs.

In its order, MERC, however, declined to fix any compensation or increase in tariff, noting that “impact of the safeguard duty is dependent upon the period in which solar panel/modules are imported from China PR or Malaysia. From the submissions of the petitioners it is observed that they are in the process of importing the solar panels and hence exact impact of change in law is not quantified.”

The safeguard duty is 25% for a year, followed by 20% for six months and 15% for another six months.  The petitioners had also asked for an extension in the financial closure and commissioning deadline. But the commission rejected this request in its order.

“Power producers shall approach the Commission at later date for determination of increase in cost or/and revenue expenditure on account of imposition of safeguard duty, if any and the mode of recovery of the same,” said the order.