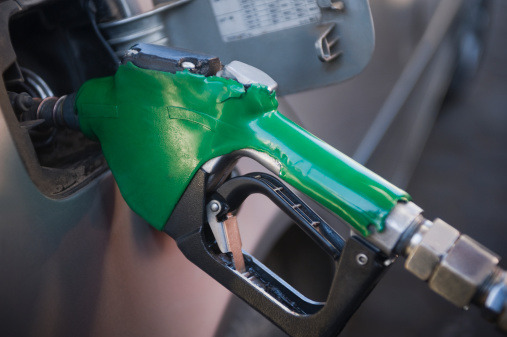 New Delhi: The Supreme Court has asked the Centre to look into the possibility of rolling out the BS-VI fuel in 13 metro cities by April 2019, besides introducing it in the national capital from the beginning of the next month.

The Centre had earlier informed the top court it had advanced by two years the deadline for supply of the Euro-VI petrol and diesel and would start it in Delhi from April 1, considering the "serious pollution levels" in the national capital and adjoining areas.

A bench of Justices M B Lokur and Deepak Gupta also directed the Centre to look in to the aspect of differential pricing of diesel for heavy vehicles and small and mid-segment passenger vehicles.

The bench said that differential pricing can be introduced in a way which ensures that price of diesel does not act as stimulus for purchase of commercial and passenger vehicles and also does not impact the running of heavy vehicles.

On February 21, the Centre had informed the apex court that it will introduce Euro-VI fuel in Delhi by April 1.

The top court had earlier directed the Centre to clear its stand on the availability of Bharat Stage (BS)-VI emission standard compliant fuel in Delhi.

BS-VI emission standard was scheduled to come into force from April 1, 2020 across the country.

"In view of the confirmation given by the oil marketing companies (OMCs) and taking into account the serious pollution levels in Delhi and adjoining areas and as per the decision taken by the ministry in consultation with OMCs, it is respectfully submitted that BS-VI auto fuels will be supplied in all the retail outlets of NCT of Delhi from April 1, 2018," the Centre's affidavit had said.

It had said that "after considering the environmental benefits of early introduction of BS-VI fuels, it was decided to advance the supply of BS-VI in NCT of Delhi from April 1 itself and necessary directions were issued to the OMCs vide a letter dated November 15, 2017."

The court had on February 5 described as"very serious" and a "critical problem" the issue of vehicular pollution and observed it would have an impact not only on the current generation but also on children yet to be born.

The apex court had said the government could not take the issue lightly and directed the Ministry of Petroleum and Natural Gas (MoPNG) to file an affidavit, indicating the position as regards the availability of Bharat Stage (BS)-VI emission standard compliant fuel in Delhi.

The apex court had, in March last year, banned the sale and registration of vehicles, which were not BS-IV compliant, in India from April 1, 2017 when the new emission norms came into force.

It had observed that the health of the people was "far, far more important than the commercial interests" of the manufacturers.