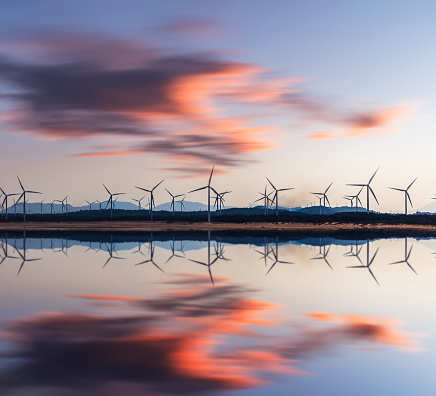 Bengaluru: A large number of wind energy projects have been bid out since auctions for such projects began in early 2017, both by Solar Corporation of India (SECI) and state agencies, but only a small fraction of them have been commissioned so far. Out of the 500 mw of wind capacity bid out by Tamil Nadu two years ago, for instance, only 50 mw has been commissioned so far, according to a senior state government official.

Tamil Nadu Generation and Distribution Company (TANGEDCO) auctioned 500 mw of wind capacity in August 2017. Regen Powertech was allotted 200 mw at a tariff of Rs 3.42 per unit while Leap Green Energy got 250 mw at Rs 3.43 per unit. Being the first wind auction conducted by a state, the tariffs were very low. The power purchase agreement (PPA) was signed in October 2017, with project completion time of 15 months. But Leap Green Energy has yet to start commissioning, while only 50 mw has been commissioned by Regen Powertech.

Leap Green Energy’s managing director Rajeev Karthikeyan said the project will be completed only by May of next year and that the company has sought an extension. “From the time that you get the land and substation built, it takes about seven-eight months to get the project working,” he said. “And land has been hard to get. There is lot of competition in the state for land (since it is one of the best wind producing states in the country.) We have had issues with buying agricultural land and converting it.”

Founded in 2006, the Tamil Nadu-based company is promoted by Formula 1 driver Narain Karthikeyan’s family. It has a commissioned capacity of 751 mw.

The wind turbine generator has been going through a difficult time. It had shuttered its factory in Rajasthan in 2017 and laid off about 400 employees. The company has almost stopped making turbines and has gone into operations and maintenance (O&M) only. Through this tender, it will be venturing into operating its own projects for the first time.

The PPA has an inbuilt time extension of five months after project completion of 15 months, with penalty by way of bank guarantee to an extent of Rs 10 lakh per mw. “TANGEDCO has secured Rs 20 crore and Rs 25 crore respectively from the two developers and shall encash the amounts proportionately up to five months,” said the official cited earlier.

Hence, the winners have time till June to complete the project, after which the bank guarantee will be encashed proportionate to the period. But it is clear that neither project will be completed by June.