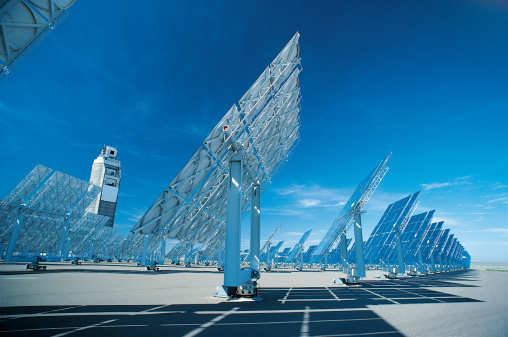 New Delhi: Solar auctions would be "dragged further" amid uncertainty about imposition of 70 per cent safeguard duty on solar equipment and concerns among developers over grant of inter-state transmission system (ISTS), according to industry sources. Last month, state-run power giant NTPC had deferred auction of 2,000 MW of solar capacity to the first week of June from May 21. The company, however, did not go ahead with this auction even in the first week of this month.

"The issue related to grant of connectivity through inter-state transmission system has not been resolved so far and discussion with the Ministry of New and Renewable Energy (MNRE) is still on. Besides, there is uncertainty over 70 per cent safeguard duty under consideration of the government. Therefore, solar auctions would be dragged further," an industry source said.

The source said, "Solar Energy Corporation of India (SECI) has conducted auction for 125 MW of solar capacities for solar parks in Uttar Pradesh last week where successful bidder got the project at a tariff of Rs 3.34 per unit due to developers concerns over the two issues and other reasons."

The timely auction is important in view of India's ambitious target of having 100 GW of solar energy by 2022. The government is hopeful of overachieving its solar energy target at 113.49 MW by 2022 as compared to envisaged 100 GW.

But industry sources said, "The solar auctions would not happen unless these two contentious issues are resolved. If safeguard duty is implemented, it will further increase tariffs and discoms will not want to purchase solar power."

The Directorate General of Trade Remedies (DGTR), under the commerce ministry, has decided to hold a public hearing on June 26 on safeguard duty investigation of solar cells.

Earlier, the Directorate General of Safeguards, which is now subsumed in DGTR, had recommended imposition of duty on imports of solar cells for a period of 200 days.

Solar cells, electrical devices that convert sunlight directly into electricity, are imported primarily from China, Malaysia, Singapore and Taiwan. Imports of the cells from these countries account for more than 90 per cent of the total inbound shipments in the country.

Power regulator Central Electricity Regulatory Commission approved the procedure for grant of connectivity through inter-state transmission system in its order on May 15, 2018. But the industry source said that the issue is still to be resolved.

The Solar Power Developers Association (SPDA) had written to the MNRE to extend solar auctions till the issue related to grant of connectivity through inter-state transmission system is not resolved. Developers had also raised the issue in the pre-bid meeting with MNRE and SECI officials last month.