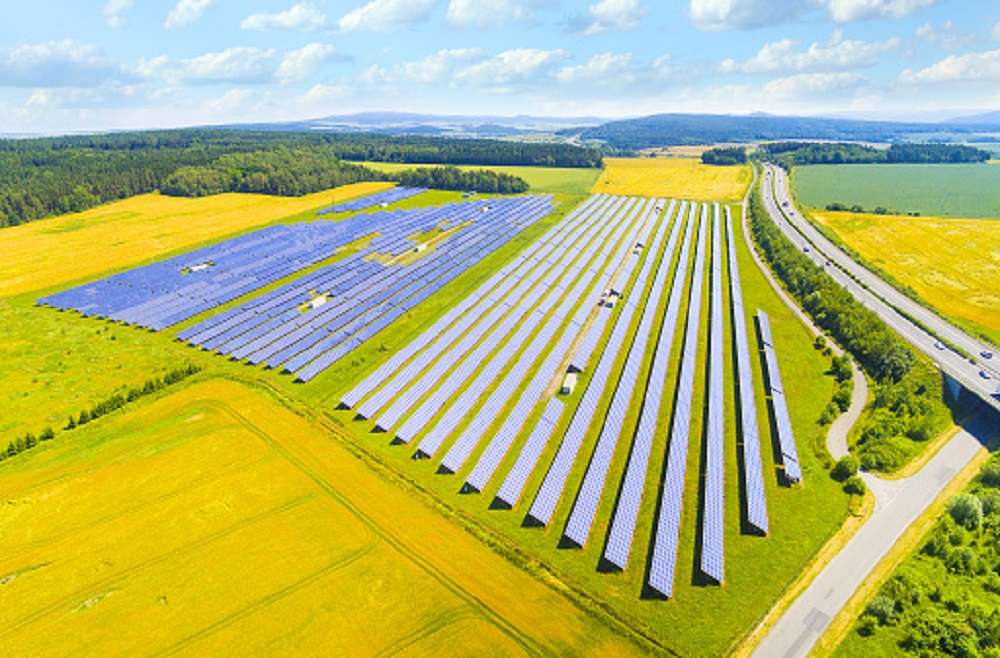 Tirupur: Farmers of Amanthakadavu village in Tirupur district have alleged that a private company has encroached on irrigation canals and poramboke lands to set up a solar plant.

The district rural development agency has issued a notice to the company for the encroachment and revenue officials have inspected the spot. But the farmers said the authorities have not taken any action against the company.

The 300-odd families who live at Amanthakadavu near Gudimangalam mostly depend on agriculture.

“Around 25 years ago, a private company purchased more than 300 acres for setting up windmills. Recently, it sold the land parcel to another company which is all set to establish a solar plant,” said M Ravichandran, a farmer.

“The windmills would not have adversely affect agriculture, but this company’s idea of setting up a solar plant would do. It has leveled the surface across 300 acres and this would affect the flow of rainwater. Many branches of irrigation channels of the Parambikulam Aliyar Project (PAP) scheme run through the land parcel. The company has removed all those structures,” he said.

“But what worried the farmers was the encroachments by the company. It has erected electrical towers for more than 10km on the irrigation canals of the PAP scheme, and also on poramboke lands and paths. The electricals posts were established for transmitting the renewable energy generated in the plants,” he said.

The farmers said they have submitted petitions to the district administration and other authorities. “We have also passed a resolution at the grama sabha meeting held in our panchayat on August 15 urging the administration to take action,” Ravichandran added.

A DRDA official said, “We found that the company was trying to erect the electrical towers on poramboke lands and paths. We have issued show cause, and the work was stopped. In case of the encroachments on PAP canals, the company says they have obtained permission. The revenue officials were holding an enquiry.”