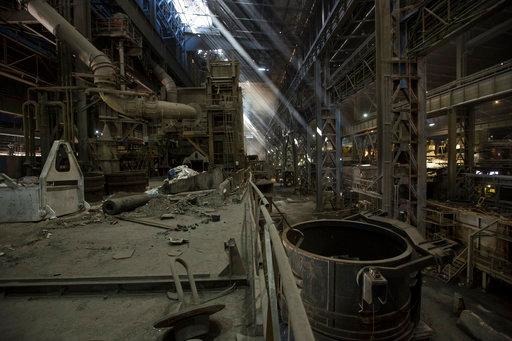 Steel ministry keen to be on board for iron ore, coking coal issues, says Steel Secretary

New Delhi: The Union steel ministry hopes to have a fair say in raw material issues, especially those affecting Indian steel's competitiveness, and doesn't want direct control. Iron ore and coking coal, the two key ingredients of steelmaking, are regulated by the mines and coal ministries. Aruna Sharma, secretary in the Ministry of Steel, told ET's Meera Mohanty on the sidelines of Asia Steel 2018, a conference hosted by Tata Steel and the Indian Institute of Metals, that she expects the new mineral policy to be ready by the end of March.

There were reports that the steel minister would take control of iron ore and coking coal? It's not direct control that may be mandatory but it is important that interventions done in iron ore or other raw material have the steel ministry on board. We are advocating a thought process where the entire sector lifecycle decision-making or policy is done after open deliberations with all stakeholders.

If I give you the example of iron ore, as the availability of scrap increases, the requirement of iron ore will plateau. So it is important to get steel's input in plans to auction iron ore mines or when we are working on an export policy on iron ore. Similarly, for other inputs like coking coal and how it is extracted, the need is to reduce its ash content, replace imports.

In what way is this to happen? That is under deliberation, but yes, we have created a platform where input of steel industry is being taken so that policy formulations are holistic and the voices of all stakeholders are included.

What's the progress on steel companies under the NCLT (National Company Law Tribunal)? If you look at steel assets, the plants are not the problem, they have excellent EBITDA (of 22-23%). The problem is of their balance sheets.

I am very sure the steel sector will be the first to come through the NCLT route and pave the way for others. As the steel ministry, we wish it to be resolved as early as possible so that the focus can move to expansion and productivity.

Can you provide these plants any raw material assurance? The mines are now provided by auction route. The (mineral) policy is being revisited - let's see how it emerges. We have given our inputs and are actively involved in the new mining policy. And if need be, the relevant amendments will also be processed.

By when can we expect the policy? Has to be soon. The Supreme Court had given December 31 as a deadline. They have requested for a little more time. I am very sure before we close this financial year it should be in place.

Last time you were in Odisha you had expressed concerns about the high freight cost. In India, we have an advantage of iron ore and disadvantage of not having coking coal, so our strategy is to explore alternative, more efficient mechanisms for the transport of iron ore... RINL has used the Sagar Mala (the string of Indian ports the government hopes to push to reduce domestic logistics costs) and others are following. We have to reduce our dependency on railways by increasing use of slurry pipelines, belts, using the Sagar Mala and limit dependency on the railways only to the extent of the hinterland. We were hoping the railways would reclassify iron ore to a classification equivalent to that of coal so that costs come down, but that has not happened. The discussions are still on.

The mining lobby says there are more than a 100 million tonnes of less-than-58 grade ore with no takers. We are blessed with iron ore. It makes a lot of sense not to export iron ore as such (unprocessed). Low-grade iron ore can be made into pellets - there is a huge market for pellets within and outside the country.

Is the idea of indexing or a pricing mechanism for iron ore, long pending, working out? Not indexing, but then in case all the mines (that were shut after a Supreme Court order) are opened up, it will automatically ensure that iron ore prices don't go haywire. We consider the current price hike more of knee-jerk reaction to the shutting of mines (in Odisha).

What's the update on disinvestment? We are going to advertise for the disinvestment of Durgapur's Alloy Steels Plant very soon.