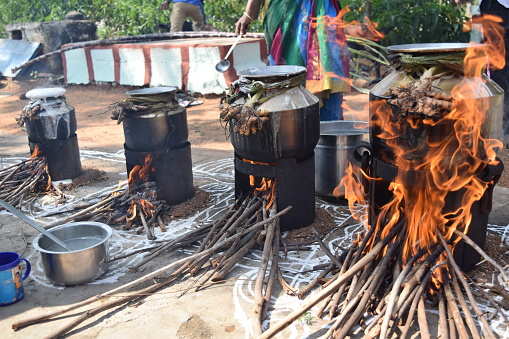 Submit report on pollution due to fly ash in Faridabad- NGT

New Delhi: The National Green Tribunal has sought a report on a plea alleging release of fly ash in the environment by a thermal power plant operated by the Haryana Power Generation Corporation Limited in Faridabad district. A bench headed by NGT Chairperson Justice Adarsh Kumar Goel directed the Haryana State Pollution Control Board and Faridabad District Magistrate to look into the matter and take appropriate action in accordance with the law.

The tribunal directed them to submit a factual and action taken report in the matter within a month by e-mail.

"The Haryana State Pollution Control Board will be the nodal agency for compliance and coordination. A copy of this order, along with the complaint, be sent to the District Magistrate, Faridabad, and the pollution control board by e-mail for compliance," the bench said.

The matter is listed for further consideration on January 7, 2020.

The tribunal was hearing a plea filed by Haryana resident Sagar Bhutani alleging release of fly ash in the environment by the thermal power plant operated by Haryana Power Generation Corporation Limited causing breathing problems at Sector 49 in Faridabad.

The thermal power plant was shut down in 2011. However, in 2016, the government gave permission for transportation of the fly ash to other places for construction.

The applicant also annexed newspaper reports in support of the allegation.

Residents of various localities in the vicinity of the dumpsite near the starting point of the Faridabad-Gurugram highway complain of breathing and other problems due to pollution, the plea said.

"Several lakh tonnes of fly ash dumped near Sector 49 in Faridabad is causing severe air pollution in more than six colonies and villages. It was dumped by the Thermal Power Plant operated by Haryana Power Generation Corporation Limited, a subsidiary of the Haryana government," the plea said.