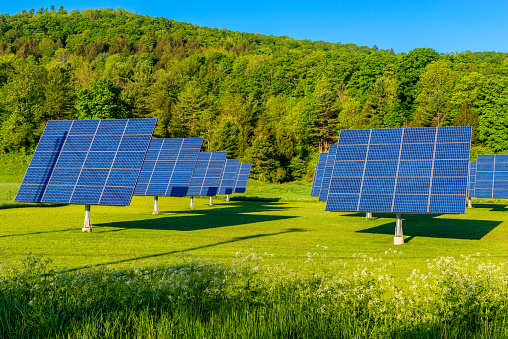 Terms of 10 GW solar tender unlikely to be relaxed

NEW DELHI: The government is unlikely to relax the terms of a 10 GW solar tender linked with manufacturing of solar equipment and industry sources anticipate that the tender could be cancelled if the response to bid submission due next week remains tepid.

The government and the industry have had several rounds of consultation on the model but project developers are apprehensive to venture into manufacturing business mandated by the tender floated in May this year.

Last week, solar energy corporation of India (SECI), the implementation agency for national solar mission, increased the tariff cap of the tender by 10 paise to Rs. 2.85 per unit; the maximum permissible tariff when the tender was first floated was Rs. 2.93 per unit. With tariff now close to the original cap, developers still seem non-committal.

“We have taken a pro-active step in increasing the tariff limit by 10 paise on the back of rupee depreciation and rising interest rates. We will not make any further changes to the terms of the tender,” a government official told ET on the condition of anonymity.

SECI has tweaked the tender over the last few months including the tariff rates, extending project execution timeline, among others, to make the tender attractive for the industry. One of the key changes also includes decreasing the manufacturing component of the tender from 5 GW to 3 GW, after the government feared that developers would quote higher tariffs to make up for margins lost in the manufacturing business.

The bid submission for the tender was due in October, but players refused to show up, and it has now been extended to November 19.

"I am not sure why the government wants to cap the tariff to a point where the bid becomes unviable, because the solar manufacturing industry faces the danger of changing technology which is happening very rapidly. Even if one sets up a manufacturing unit as part of this tender, there is no protection from imports from China in future years, where costs are declining rapidly," said Sunil Jain, CEO, Hero Future Energies.

Developers argue that they are being forced to enter the manufacturing business. “The two businesses involve different kinds of risks. The current tariff levels leave little room for margins,” said an executive of a leading renewable energy firm.

After relaxing the conditions of the tender last week, however, the government hopes to see better participation from the industry. “We cannot raise the tariff limit post this. We also want to be able to sell the power to discoms, who will not buy anything more than Rs 3 per unit, given the constraints that come with solar power,” the official said.

The very concept of making project developers venture into manufacturing business is considered to be flawed by the industry, experts say.

“In our view, the very design of this tender is defective. This tender has come about only because manufacturing is uncompetitive in India. Manufacturing will become viable only if the government provides some cushioning in terms of higher PPA tariffs,” said Vinay Rustagi, managing director at renewable energy consultancy Bridge to India.

The industry has had sufficient time to analyse the model, and companies are scrambling about to see if there is a way around the tender, Rustagi added.

The tender in question is claimed to be the world’s largest in size and is expected to support solar components manufacturing industry at home currently facing the onslaught of cheap equipment from China.