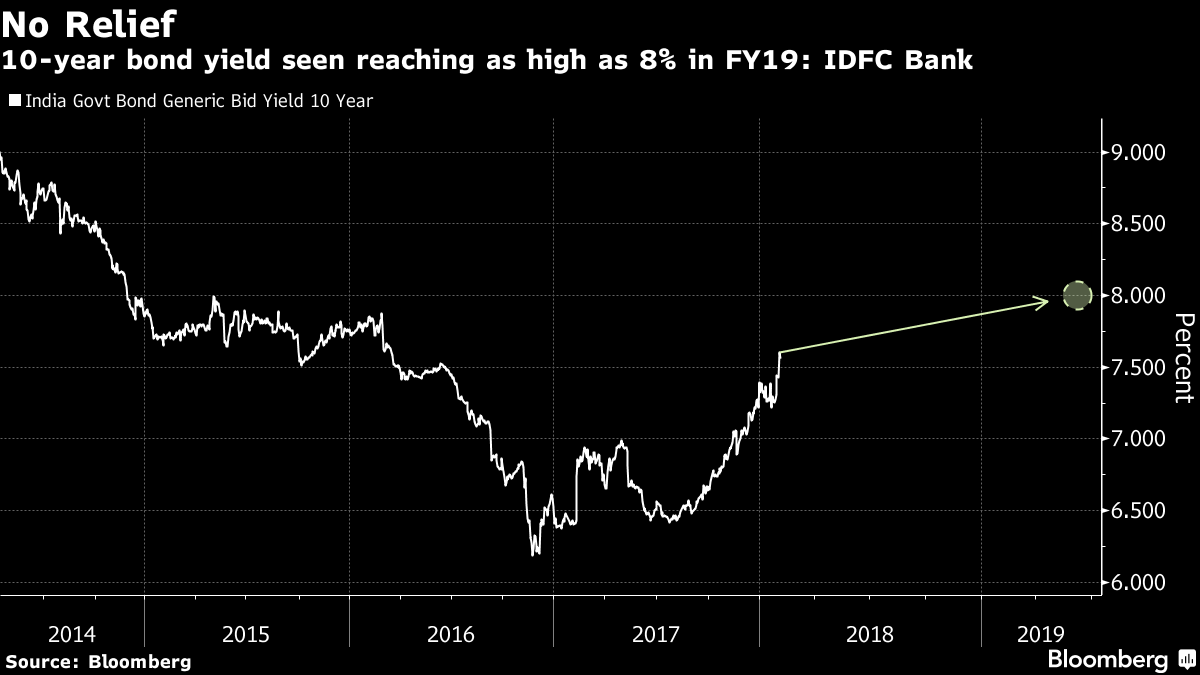 Bond traders in India are skeptical about the government's efforts to fund a wider-than-estimated budget deficit, with Morgan Stanley and ICICI Securities Primary Dealership Ltd. seeing no immediate relief for a market battered by the worst selloff in two decades.

Prime Minister Narendra Modi's government in Thursday's federal budget said it will aim for a budget shortfall of 3.3 per cent in the year starting on April 1, wider than its previous goal of 3 per cent. Debt sales of 4.62 trillion rupees ($72 billion) will help fund 74 percent of the gap, with asset sales and Treasury-bill auctions contributing the rest, the budget documents show.

The market is having trouble digesting the proposal of relying on alternate sources to raise cash. Morgan Stanley called the plan "aggressive" and said there's concern that the government may bump up borrowing toward the end of the next fiscal period as they did in the current 12-month period.

"The overall fiscal deficit is higher," said Naveen Singh, head of fixed-income trading with ICICI Securities in Mumbai. "That's putting some kind of doubt in the minds of players. It's not going to be easy for the government to fund this kind of deficit."

The yield on benchmark 10-year debt rose three basis points to 7.60 per cent at 11 a.m. in Mumbai, extending last week's 26-basis point gain. The rout has extended into the seventh month, the longest stretch since 1998.

"The continued bearishness has sucked the joy out of bond buyers and the market continues to reel under supply-demand imbalance," said Arvind Chari, head of fixed income and alternatives at Quantum Advisors Pvt.

Following are comments from other strategists: